Leak: Mac Studio with M1 Ultra is… the fastest Mac ever?! 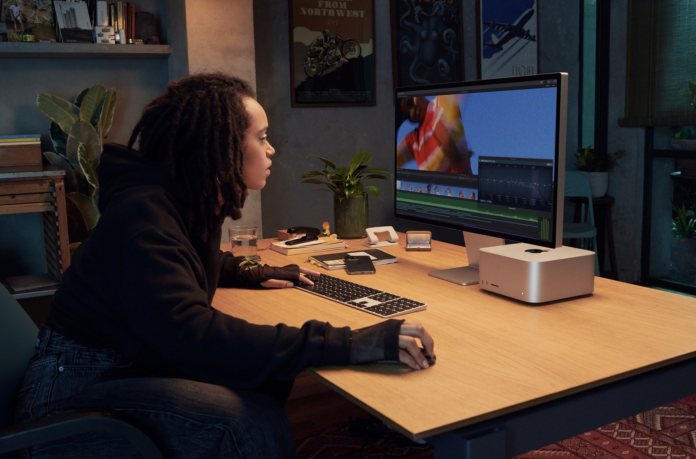 Following its announcement, a leaked benchmark has confirmed that the M1 Ultra on the Mac Studio makes it the most powerful Mac ever – no joke, it is extremely impressive.

Yesterday, Apple held its Peek “Performance” event and unveiled the Mac Studio alongside the Studio Display. The former is a new machine that sits as a hybrid between the Mac Pro and Mac mini and can be powered by the latest M1 Ultra silicon chip.

The M1 Ultra chip is the most powerful Apple silicon chip yet, as it can be described as two M1 Max chips merged with each other via an Apple technology called “UltraFusion”.

Now, a leaked benchmark from Geekbench has revealed that the new machine is very powerful. By running 128GB of RAM, the Mac Studio shows a big result in benchmark scores:

Now, why do these benchmarks mark the Mac Studio as the fastest Mac ever? Well, the single-core score beats the score of the M1 Max on the 2021 MacBook Pro which is obvious.

However, the multi-core score has totally eliminated the score of the 2019 Mac Pro with the Intel Xeon chip – 19951.

Earlier this year, Intel released the i9 Alder Lake that surprisingly beat the M1 Max silicon chip. Now, it looks like Apple has stepped up with its muscles and Intel has to find a way to compete with the silicon transition.

Apple claims that the M1 Ultra can do many of the power-hungry tasks and professional work, as well as: